What caused dinosaurs to go extinct? Was it a meteor that slammed into Earth, or volcanic eruptions that drastically altered the climate? While scientists can’t seem to agree, it is clear that the past is teaching us vital lessons about the effects of dramatic climate change on Earth’s inhabitants.

While fossils are all that is left of the once mighty dinosaurs, ancient plants and their descendants still cover the Earth today!

Follow this trail of prehistoric plants, including ferns, cycads, and spike-mosses, plus two fish species with ancient ancestry to learn more about the unique traits of these early plants and animals and why their continued existence -- and ours! -- is under threat. 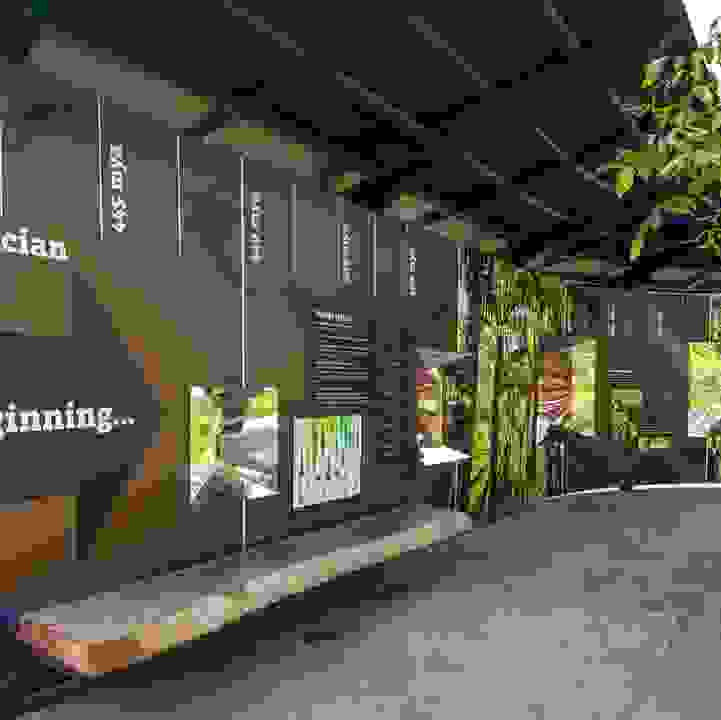 Plants have their own stories to tell; some spanning over 500 million years of history.

Spot It
Root Beer Plant (Piper auritum)
Native distribution: Mexico to Ecuador
map
A close relative of black pepper (Piper nigrum), the root beer plant is named for the familiar anise-like fragrance of its crushed leaves, not because it is an ingredient in root beer!

Like other members of the black pepper family (Piperaceae), including popular heart-leaved houseplants of the Peperomia genus, the Root Beer Plant is one of the most primitive of flowering plants!

Can you find the flowers of this plant? The skinny white spikes are actually flower stalks packed with hundreds of tiny flowers almost too small to see! Unlike the big, brightly coloured flowers of more highly evolved flowering plants, these tiny flowers have no petals but still attract flies and beetles as pollinators.

You might recognise this tree’s seeds as the main ingredient in the bitter but addictive local cracker emping belinjau. But did you know that this tree is a conifer relative and one of the first plants to evolve seeds, even prior to the evolution of flowers?

Instead of flowers, the belinjau bears its male or female reproductive organs on separate plants, on cone-like structures called strobili. The red, ripening fruit-like seeds on most of the belinjau in the Gardens indicate that these trees are female, with a few male trees for moth-assisted pollination. The tender, young strobili and leaves of this tree can also be cooked and eaten as vegetables!

Native to Singapore, the belinjau is locally endangered due to habitat loss, but is widely cultivated and found growing in the wild elsewhere in its native range.

Dinosaurs, ancient sea life, and insects in amber aren’t the only organisms to be fossilised – plants and trees are common in the fossil record too! Petrified wood is the stone-like remains of ancient trees that were buried under tonnes of mud or ash, often due to floods or mudslides. Sometimes whole forests were buried in volcanic eruptions!

Prevented from rotting due to minimal oxygen levels, the wood soaks up mineral-rich water which fills its vessels and cell interiors and crystallises over millions of years. What remains is a 3D-replica of the original tree, now in the form of a hard, crystalline material that may be quartz, chalcedony, or even opal.

You likely used energy from fossilised plants in other forms to get to the Gardens today! Fossil fuels, like petroleum, natural gas, crude oil, and coal are formed from the remains of land plants, algae, and animals like zooplankton over millions of years, which makes them a non-renewable resource!

The Jurassic period is also called ‘the age of cycads’ as this was the most common plant group in that era! Cycads are among the most ancient lineage of seed-bearing plants alive today.

The giant dioon is one of the tallest living cycad species, reaching up to 15 m in height. Like all cycads, the giant dioon predates the evolution of flowers. Both ancient and modern cycads bear cone-like male or female reproductive structures on separate plants. 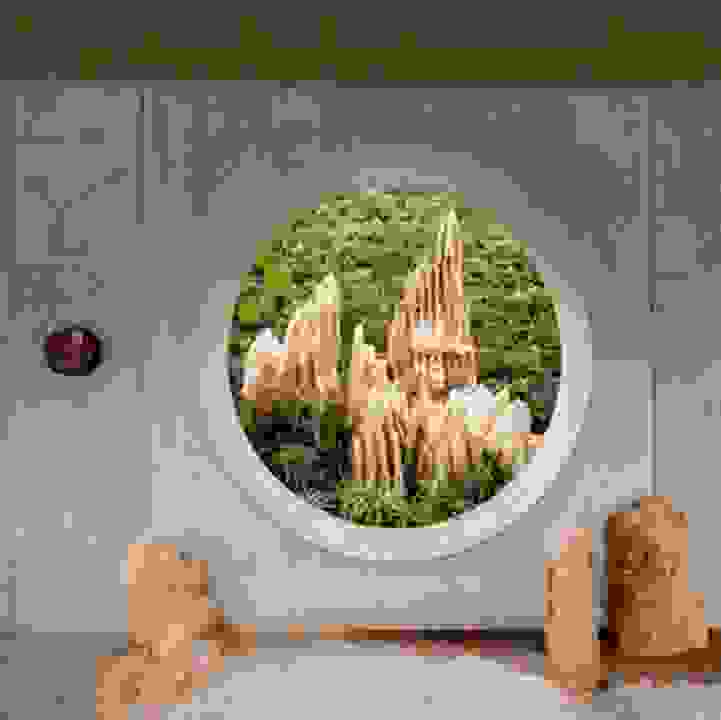 With its sinuous shape, large round scales and fleshy whisker-like barbels, does this fish remind you remotely of a dragon? In several Asian countries, this arowana is prized for its resemblance to the mythical dragon. Kept as an ornamental aquarium fish, it is believed to bring good fortune and wealth and can grow over a meter long.

Strangely, the Asian arowana only became desirable when it became rare from its swampy freshwater habitat shrinking due to habitat loss caused by human development. Now a protected endangered species, it is still threatened by illegal poaching, making the ‘dragon fish’ much more common as a prized pet than a wild creature.

This sleek silvery Amazonian fish hides some interesting secrets! It is a modern member of an ancient group of fish from the Cretaceous period called the Osteoglossids, meaning ‘bony tongue’, for the small sharp teeth on its tongue and roof of its mouth. These teeth help to grasp the insects, crabs, snakes, and even small birds that the silver arowana hunts by leaping out of the water to snatch its prey from low-hanging tree branches! 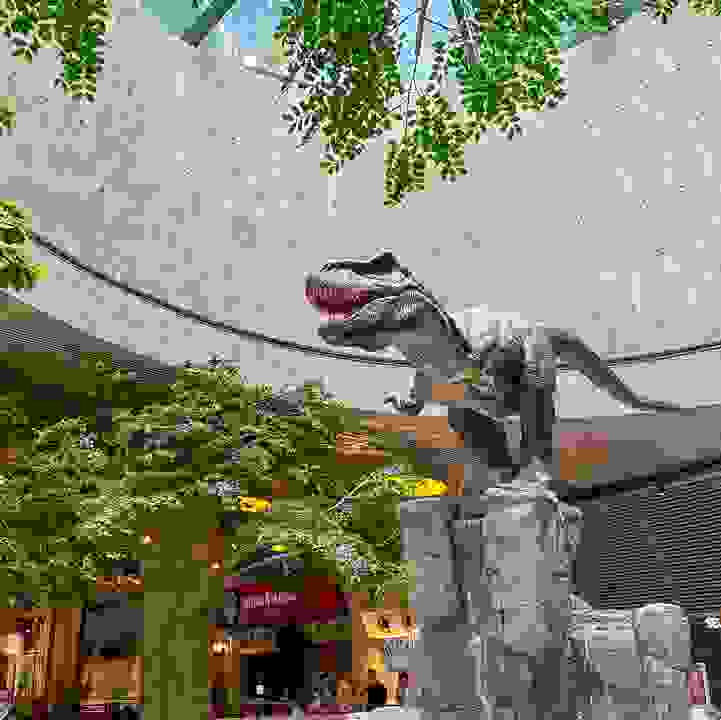 The latest addition to Gardens by the Bay’s dining offerings, Jurassic Nest is the first of its kind in Singapore.

More than just a themed food hall, Jurassic Nest is also an edu-tainment and lifestyle destination for the whole family. Look forward to enthralling hourly shows daily as you enjoy a Michelin-rated cuisine in the company of larger-than-life dinosaurs!