Not all orchids grow epiphytically in trees; a number of them naturally grow on the ground and Singapore is home to a collection of native terrestrial orchids! One of them is Spathoglottis plicata, known by several common names such as the pleated-leaf Spathoglottis, the large purple orchid, the Philippine ground orchid, and the Malayan ground orchid.

However, I believe the name that suits this species best is the ‘Common Spathoglottis’. Close-up of the flowers of the common Spathoglottis

My reason is that this species can not only be found in Singapore but throughout the old world tropics, ranging from India, Sri Lanka and Bangladesh in South Asia, the eastern Himalayas, southern Taiwan and the Ryukyu Islands of Japan in East Asia, through to Southeast Asia, New Guinea, northern Australia, and the Pacific Islands. The orchid grows in several habitats as well, such as open grasslands, dry lowland woodlands, forest margins, coastal forest openings, and even swamps and seasonally flooded banks.

The species has been widely grown as a garden ornamental and sold in the landscape trade in many tropical and subtropical countries. However, its introduction has resulted in the species becoming invasive in the Neotropics, such as Florida, Hawaii, Puerto Rico, and the Caribbean. Orchids of this species with bigger, fully-opened flowers are selected and propagated to produce the common Spathoglottis plants we see for sale in nurseries and garden centres (L). The wild form of this species produces smaller, half-closed flowers, which self-pollinate and reproduce easily (R).

The orchids that have naturalised themselves back in the wild might not entirely be the same ones you see in your nurseries, specifically with regard to the types of flowers they have.

Cultivated plants of the common Spathoglottis will often revert back to their cleistogamous, wild form when they escape cultivation. This form has less-attractive flowers that don’t open fully and pollinate themselves, resulting in higher fertilisation rates and quicker development of seed pods—unlike the cultivated plants with fully open flowers that tend to be pollinated by bees. This reversion to a self-pollination mechanism and the species’ wide tolerance to many growing conditions allow it to spread quickly and widely outside of its native range. 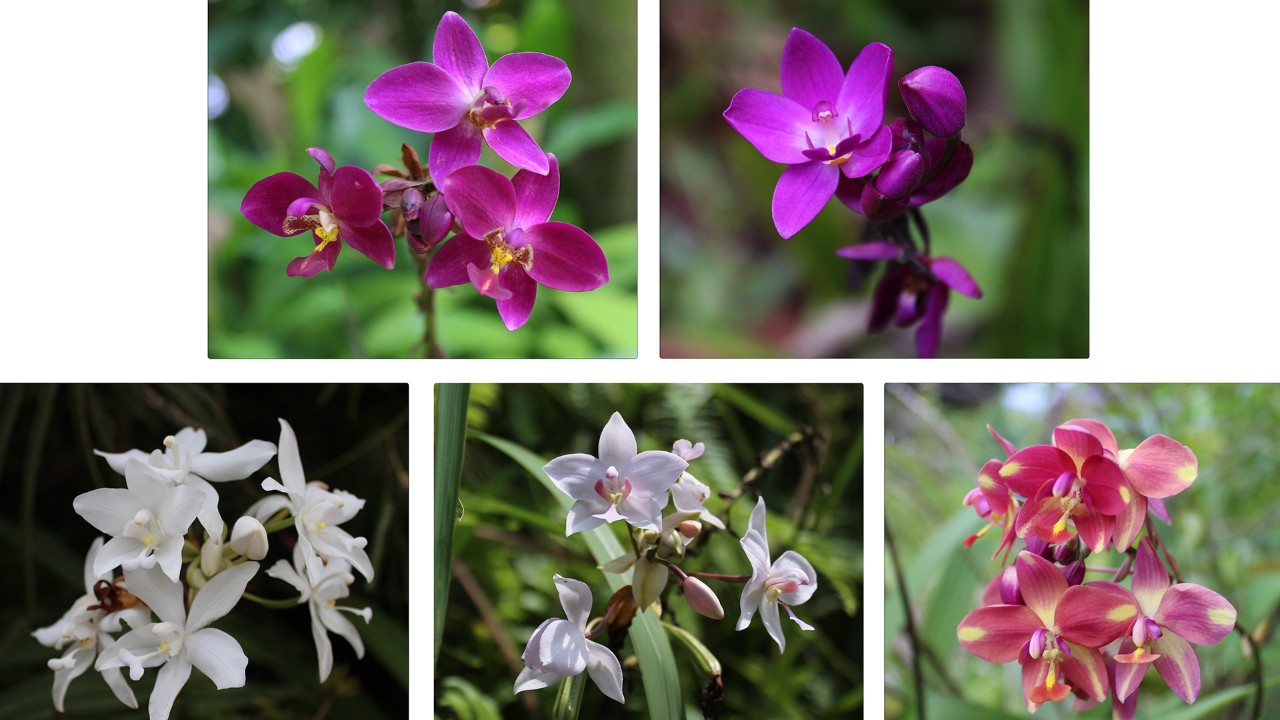 A selection from our diverse collection of Spathoglottis hybrids and cultivars in Gardens by the Bay.

Like other orchids in cultivation, breeding of the genus Spathoglottis has produced a plethora of cultivars and hybrids. As shown in the photo above, they sport a wide selection of floral colours, shapes and sizes. In fact, the first known Spathoglottis hybrid was bred in Singapore!

Richard Eric Holttum, the director of Singapore Botanic Gardens from 1925 to 1949,  crossed a cultivated S. plicata from the Singapore Botanic Gardens with the yellow-flowered S. aurea from Penang Hill; as S. aurea did not do well in our local climate, only the pollinia of the species were brought to Singapore for the hybridisation. It was only in 1932 that the hybrid was officially registered and given the name, S. Primrose. This would also be the earliest recorded orchid hybrid after Papilionanthe Miss Joaquim (previously known as Vanda Miss Joaquim)!

The next time you take a walk in the Outdoor Gardens, keep an eye out for these wonderful terrestrial orchids. They can be found in Secret Life of Trees and Fruits and Flowers in World of Plants, Malay Garden in Heritage Gardens, the Silver Garden, as well as on our planted retaining walls! The common Spathoglottis on an eroded tree trunk in Secret Life of Trees, World of Plants. Are you bedazzled by these striking yellow-orange flower heads with colours like the Sun? Well, this sun-loving plant is actually a member of the Sunflower family! 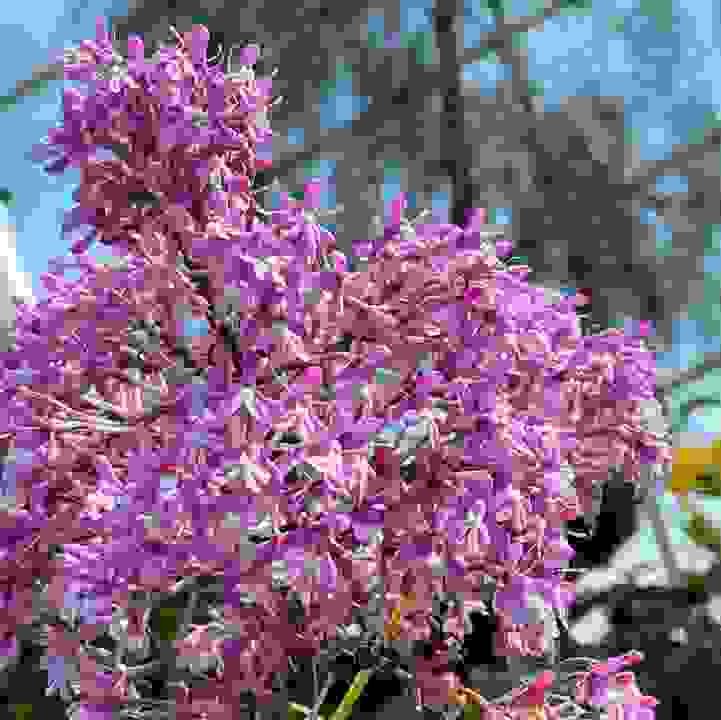 The highly adaptable Atacazo Epidendrum (Epidendrum atacazoicum) doesn’t limit itself to growing in the trees - it can also grow terrestrially in the ground, or lithophytically, directly on rock surfaces! 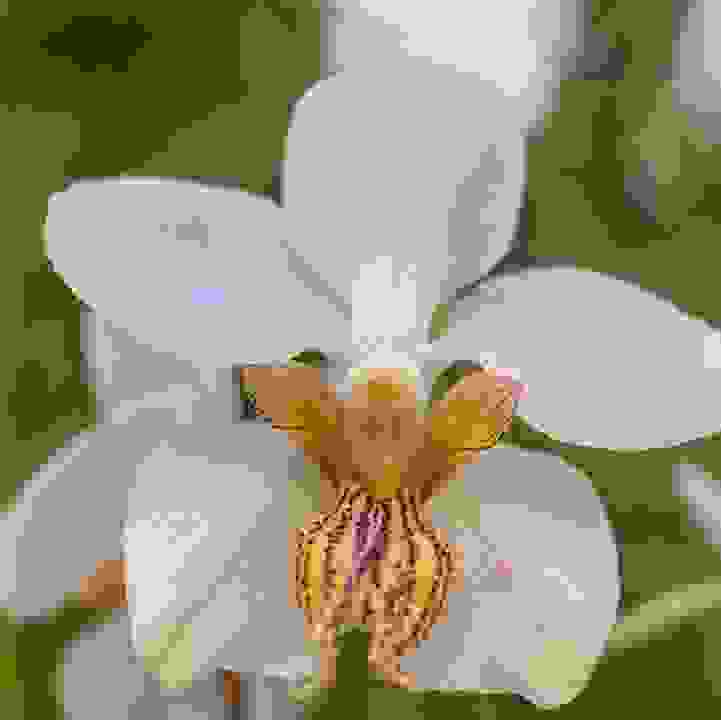 Bred in Singapore by John Laycock in the 1950s, this beautiful hybrid Papilionanthe was a treasured family heirloom, but was mysteriously lost in the late 1990s.