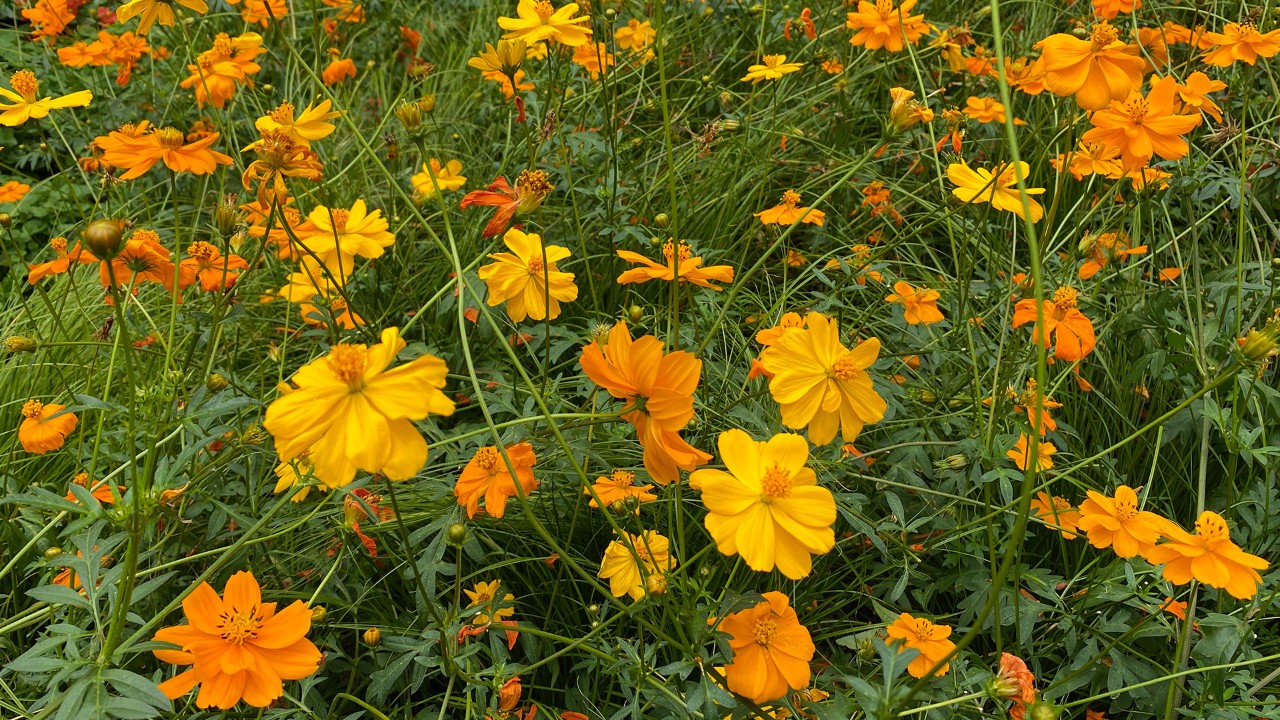 Commonly known as sulfur cosmos or yellow cosmos, Cosmos sulphureus is a flowering plant native to Mexico, Central America and northern South America. This is an annual plant which completes its lifespan from seed to seed in a single growing season, which usually lasts around 4-6 months.

It is a member of the Asteraceae (Compositae) family which is one of the largest and best-known families of flowering plants and definitely the largest of the dicotyledonous families. Sulfur cosmos are classified into the Sunflower tribe (Heliantheae), the third-largest tribe with some 300 genera and 3330 recognised species. Familiar genera in the Heliantheae tribe includes Dahlia, Rudbeckia, Tagetes and Zinnia. Generally, Heliantheae are herbs or shrubs, but some are able to grow to the size of small trees.

Sulfur cosmos has a growth pattern in which each plant has numerous flowers at different stages of development, from buds, to fully open, maturing flower heads, to seed maturation and shedding. The true species of Cosmos sulphureus and its cultivars bear flowers in shades of yellow, orange, and red. Popular cultivars are available in many forms, ranging from compact to dwarf plants and bearing single, semi-double or fully double flowers.

Did you know that the flower you are looking at is actually a head (also known as a capitulum) composed of many small florets? In this type of inflorescence, the individual small flowers are rendered conspicuous by aggregation into heads, which then becomes further attractive with the development of ray florets. The marginal strap-shaped flowers (ray florets) are sterile, whereas the central tubular flowers (disc florets) are bisexual and fertile.

Cosmos sulphureus exhibiting its ray florets and elevated disc florets. Each ‘flower’ is actually a flower head comprised of an outer ring of sterile ray florets, named for the ray or petal-like projection, surrounding a centre of reproductive disc florets.

Sulfur cosmos flowers attract bees, butterflies and other beneficial insects such as parasitic wasps and lacewings. Their open flowers provide easy access to nectar and pollen-foraging insects. Moreover, a single visit by a pollinator may pollinate dozens of florets at once. The nectar is secreted by a ring shaped disc around the base of the style and collects in the corolla tube.

Cosmos sulphureus, a flowering plant with evolutionary and cultural roots in Mexico.

Aside from the botanical aspects, Cosmos sulphureus is also of ethnobotanical importance. The flower heads contain flavonoid pigments of the chalcone and aurone groups, making it one of the major sources of natural yellow to orange dyes since the pre-Columbian civilizations of Central and South America. It is deemed to be an excellent source of biodegradable and eco-friendly dye that works best with wool. About two dozen of harvested open flower heads are said to be sufficient to dye 0.5kg of wool or even silk! Their flowers are also edible and add a bright splash of colour into salad and flower teas. The people of Thailand believe that these edible flowers are a source of antimicrobial compounds and by consuming them, it helps to treat various diseases

The flowers were given the name of "cosmos" by Spanish priests who grew them in their mission gardens in Mexico. They were so intrigued by the exquisite, orderly arrangement of the flowers’ petals that they named the plant after the Greek word kosmos meaning “decoration, order and harmony of the universe". The glowing, orange-yellow flowers are extremely attractive and constantly blooming for weeks. Be sure to catch the sulfur cosmos in the latest floral display that pays homage to Mexican culture and heritage! I’m sure you’re familiar with the hollow leaves of a trumpet pitcher plant, but have you seen its quirky-looking flowers before? Come check it out at the Lost World in Cloud Forest! 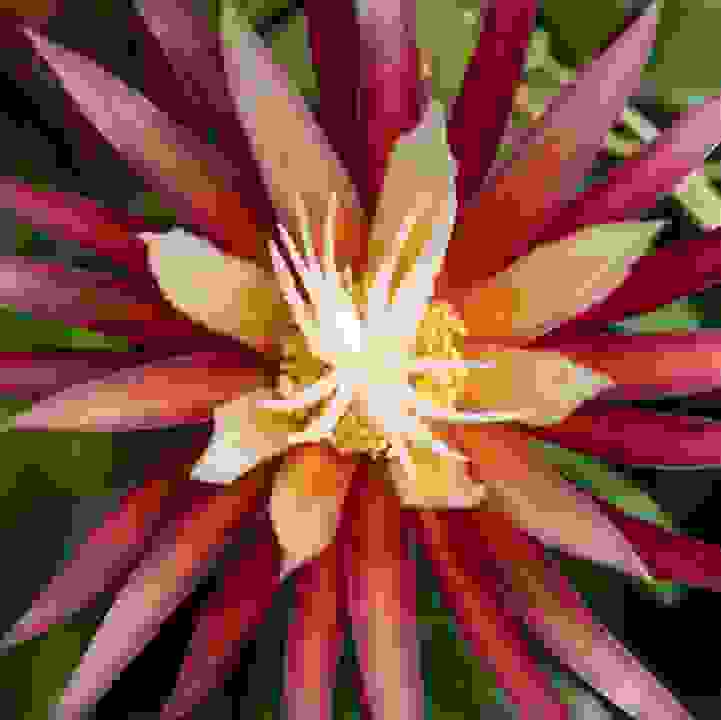 The toothy, leaf-like stems are usually the most eye-catching feature of the fishbone cactus (Selenicereus anthonyanus), but when in bloom, their intricate flowers definitely steal the show! 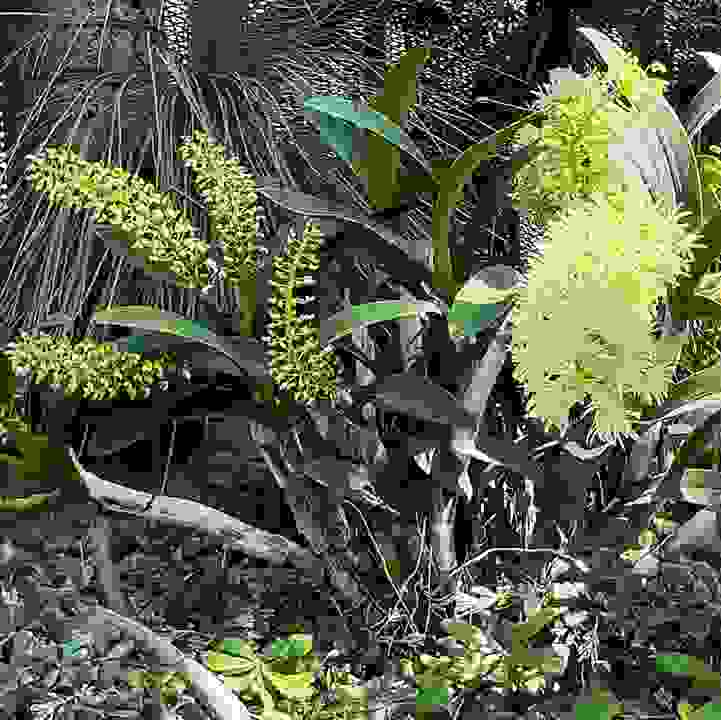 This spectacular Australian Dendrobium species gives our native tiger orchid some serious competition with over 120 flowers per spike!

Move over, monstera, there’s a new aroid in town! You may only know calla lilies as elegant, white flowers in wedding bouquets, but they actually come in a rainbow of vibrant colors!