Spread the festive cheer and show your support for a line-up of diverse performances and programmes!

Flower Field Hall and
The Canopy, Billboard outside Flower Dome 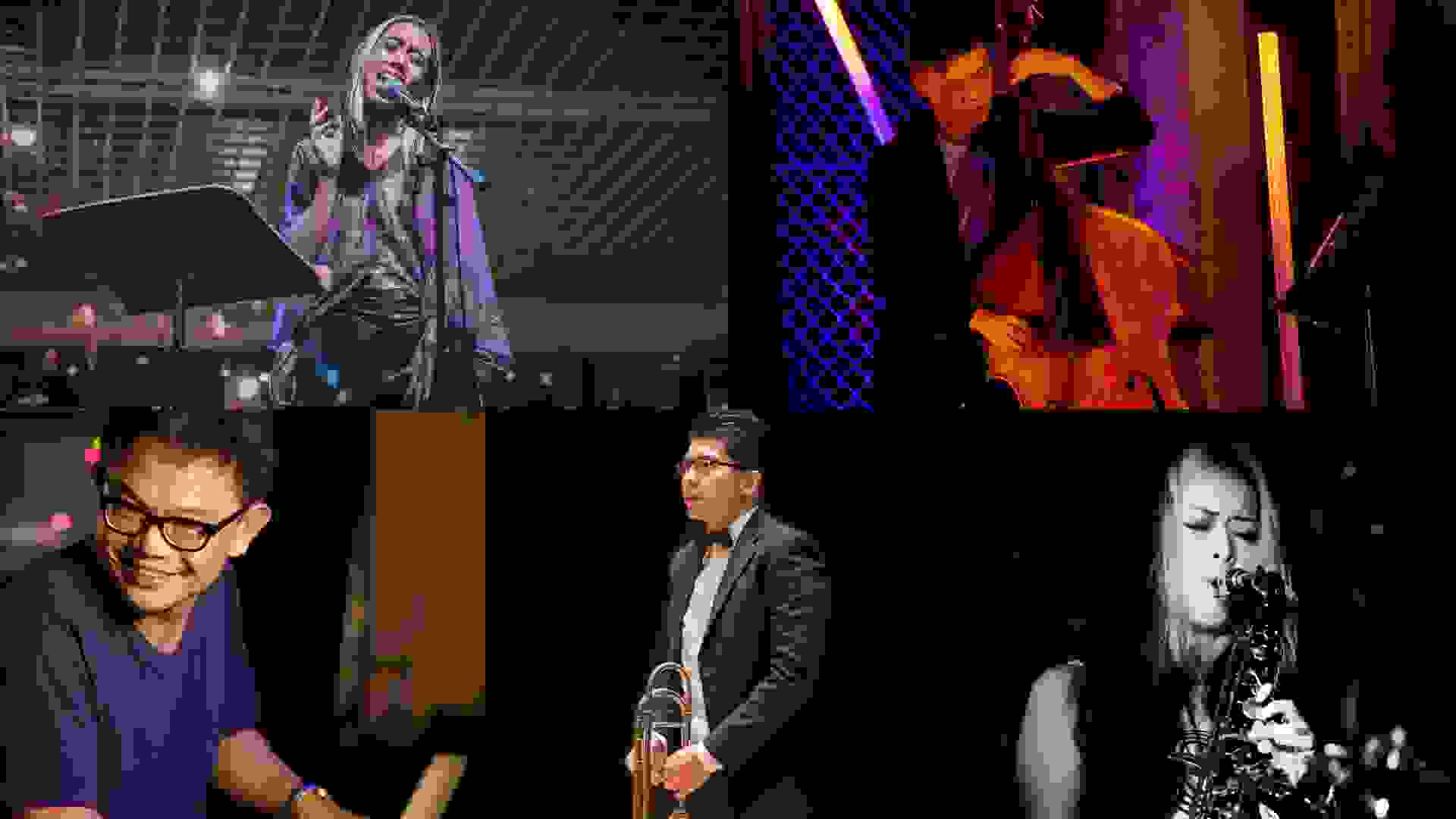 FLOWER POWER XMAS HOUR is a specially curated music sharing session that will present important and well-loved Christmas tunes such as The Christmas Song, A Nightingale Sang in Berkeley Square, and Sleigh Ride within the beautifully serene and meditative Flower Dome setting. Flower Power’s 5 piece band features Singapore music’s own superpowers pianist Joshua Wan, bassist Eugene Chew, Joanna Lim on saxophone and Jeremy Lee on both trombone and vocals; fronting the act is NyaLi on vocals. Come join in the occasion vibes and immerse yourself in nature while soaking in some heartwarming Christmas sounds… singing along is encouraged!

EUGENE CHEW is a versatile musician unbound by musical labels. On electric bass and double bass, he has served as performer, composer, arranger, musical director, producer and educator since 2014 with numerous acts, ensembles and companies locally and overseas. His performance credits include Jazz Association Singapore Orchestra, Metropolitan Festival Orchestra, Re:sound Collective, Singapore Armed Forces Band, Music & Drama Company, Flame of The Forest, Open Score Project, SHAK, among others. He received formal musical education as a scholar in Double Bass Performance at the Yong Siew Toh Conservatory of Music under tutelage of Guennadi Mouzyka. In his own artistic endeavours, he leads his band, Litmus Jazz Ensemble, and is a full time member of the Lorong Boys.

ENYA is greatly sought after in the local live music circuit for her immense versatility and creative value as a genre hopping vocalist; she is also in high demand as a singing and stagecraft coach. Her over 2 decades of stage performing experience include opening for and featuring in prominent lifestyle festivals both at home in Singapore (Timbre Beerfest, Earthfest, Conscious Fest, ardenbeats)  and internationally (Newport Folk Fest, Boston Greenfest, Queen’s Weekend Fest), garnering critical praise each time. She has also supported household music icons–such as Andrea Bocelli, Kristin Chenoweth, Wang Lee Hom, and Jacob Collier–in concert on world-renowned stages including Carnegie Hall, and Madison Square Garden. 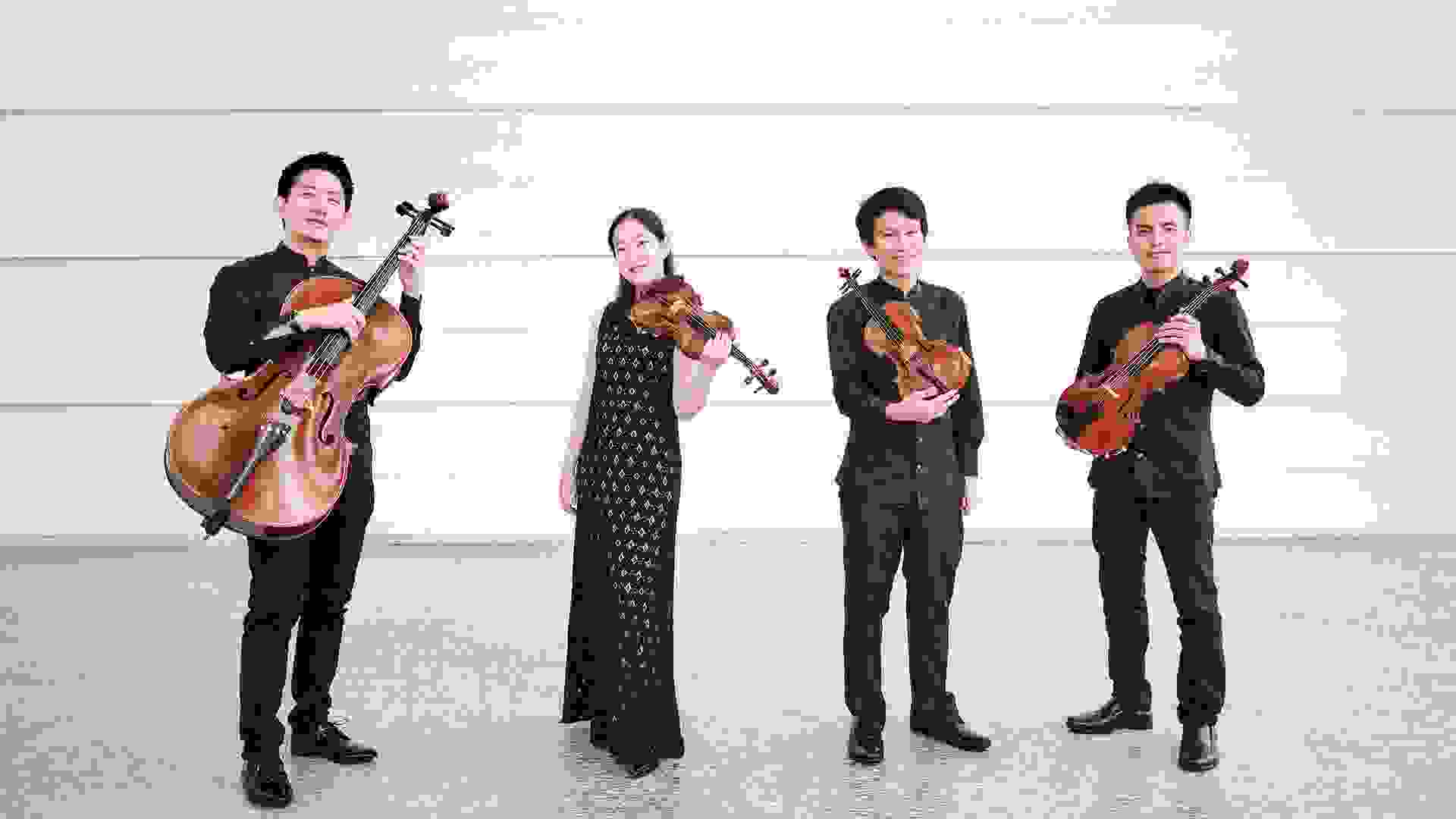 Concordia Quartet returns to Gardens by the Bay's Flower dome, following "The Sound of Norwegian Christmas" in 2021. They will be presenting a medley of local tunes, seasonal favourites and light classics to visitors of Flower dome.

Concordia Quartet is a Singapore-based quartet that is part of a non-profit musicians collective, Resound Collective. The quartet made its debut in February 2020, and consists of four prize-winning musicians – Edward Tan, Kim Kyu Ri, Martin Peh and Lin Juan.

Immediately following their debut, Concordia Quartet was part of the cast in Wild Rice’s The Importance of Being Earnest. When Covid-19 pandemic restrictions prevented events in concert halls, the quartet staged two live streamed concerts, in June and September 2020. Their highly innovative June 2020 live broadcast involved players performing from their homes, and was highlighted in the September issue of BBC Music Magazine.

In early 2021, Concordia Quartet partnered the wind principals of Re:Sound Chamber Orchestra, and they were finally able to play to a live audience in October 2021. In the first half of 2022, while violinist Kim Kyu Ri spent a semester in New York on postgraduate studies, the quartet’s members worked as a piano quartet with acclaimed composer and pianist Jonathan Shin. On Kim’s return, the string quartet took part in Pacific Region International Summer Music Association (PRISMA) in Canada as string quartet-inresidence in June 2022, and thereafter presented a concert in Singapore in July 2022. 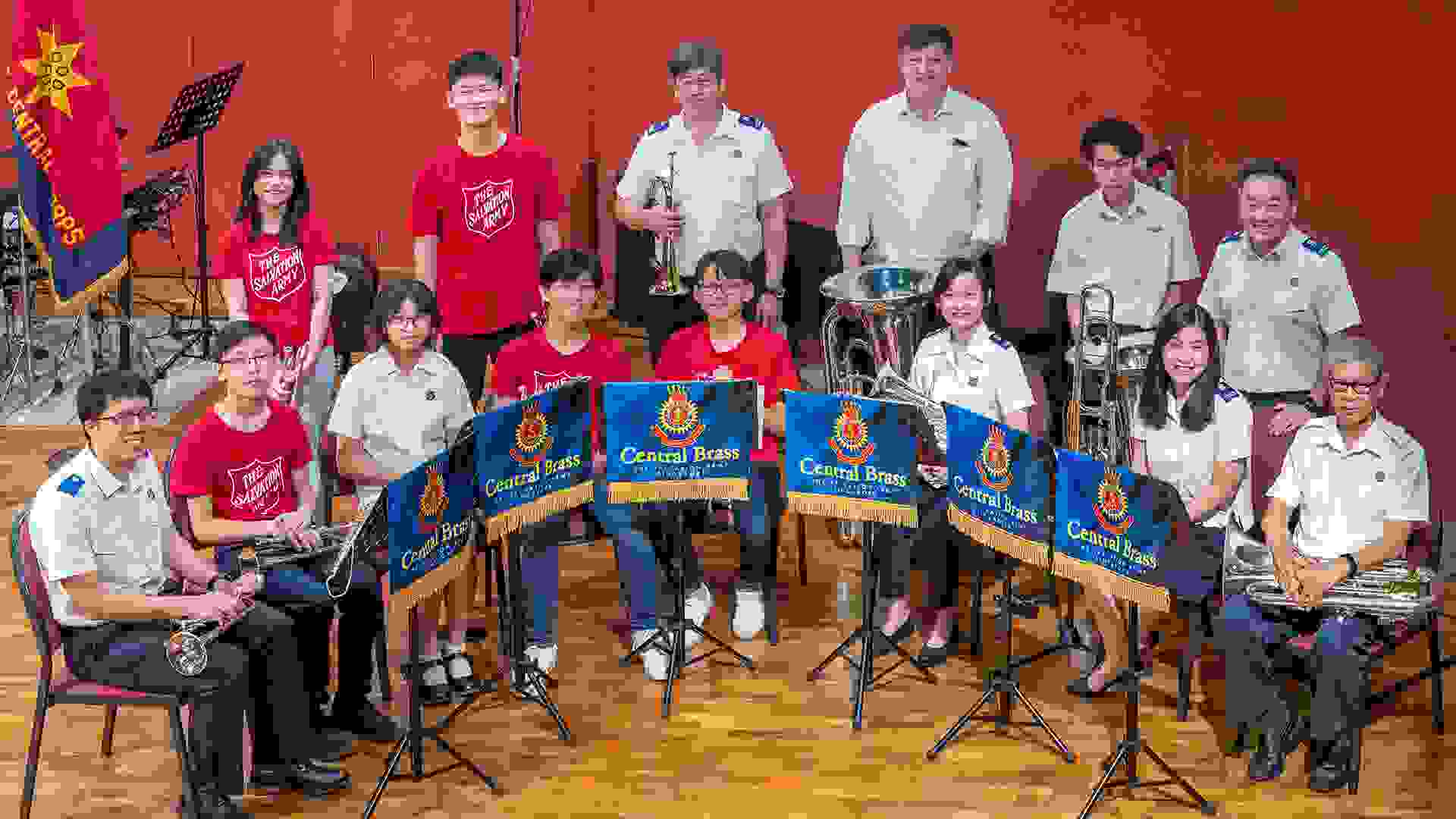 The Salvation Army Singapore Central Corps Brass Band comprises members of the church who give freely of their time and talent. The band regularly performs at public venues and holds concerts for the elderly and migrant worker community during the festive season. This year, the band will once again be spreading the message of Christmas by performing a selection of well-loved carols and songs for all to enjoy.

The Canopy, Billboard outside Flower Dome

The Salvation Army, established in Singapore , 1935, and has remained committed in serving Singaporeans , foreign workers, the underprivileged in the community without discrimination.

To the Salvation Army, every life is precious and made in the image of God.  And for the last 86 years, have actively help those in need regardless of age, race or religion. 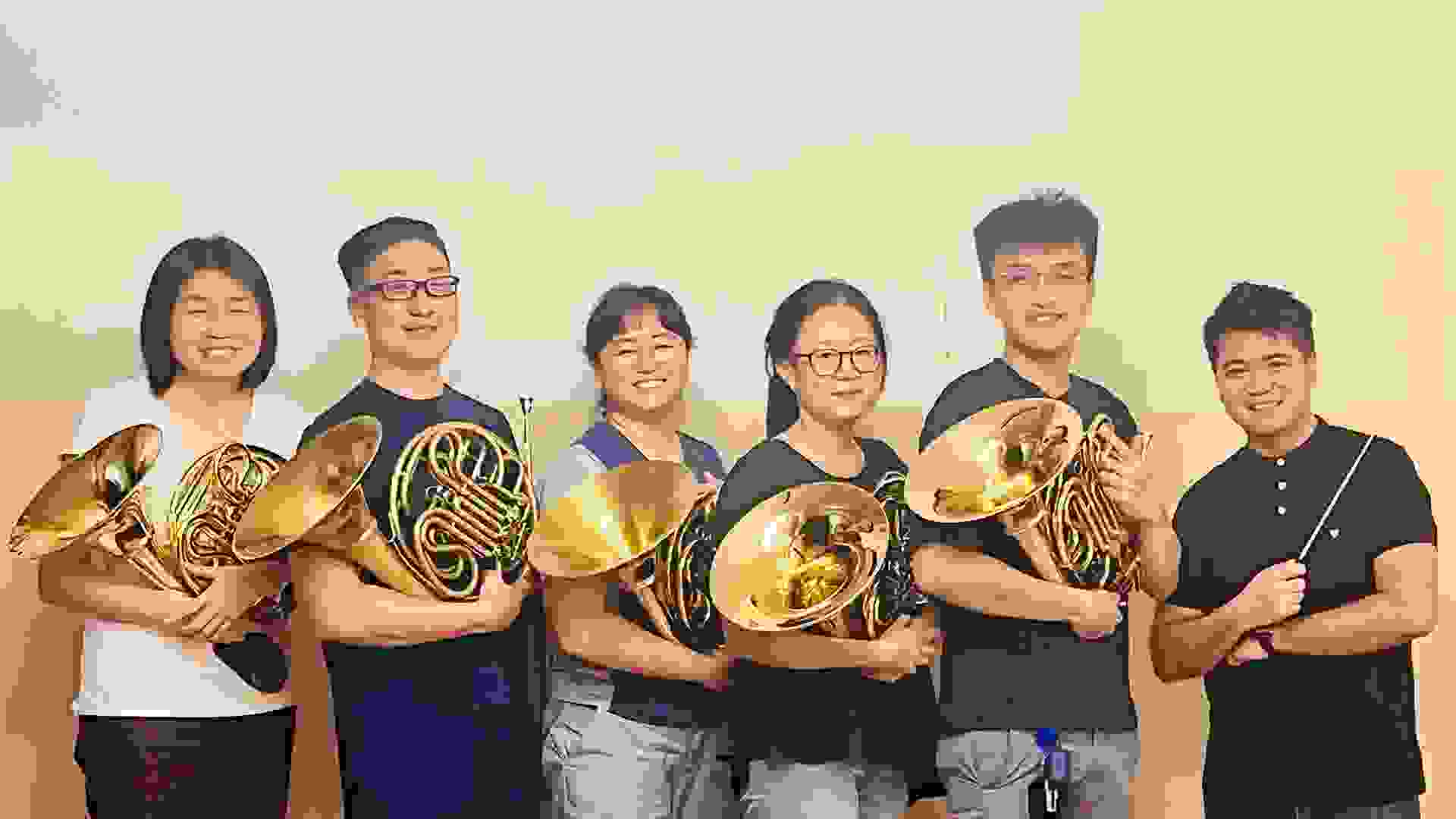 Capture the magic of Christmas with the Bishan North Horn Club (BNHC), Singapore’s first community horn club, as they bring to you heart-warming melodies from the Studio Ghibli films, such as selections from Princess Mononoke, My Neighbour Totoro, Spirited Away, Kiki’s Delivery Service and other Christmas contemporary music.

The Canopy, Billboard outside Flower Dome

Bishan North Horn Club was conceptualised in August 2017, with robust support from Bishan North Community Club Management Committee (CCMC) and Bishan North Community Arts and Culture Club (CACC). We are the 1st community Horn Club in Singapore, and also in the Southeast Asia Region. BNHC engages the community actively by conducting music and non-music related events on a regular basis. We seek to provide an inclusive community platform for school leavers and working adults to continue their passion for music making. This Christmas festive season, join the Singapore National Youth Chinese Orchestra (SNYCO) as they sparkle your evening with a series of cheery Christmas music. Grab a cup of warm chocolate with a piece of log cake, and rejoice in the jolly mood with the SNYCO!

Gardens by the Bay is part of NAC's Arts & Culture Nodes Network. 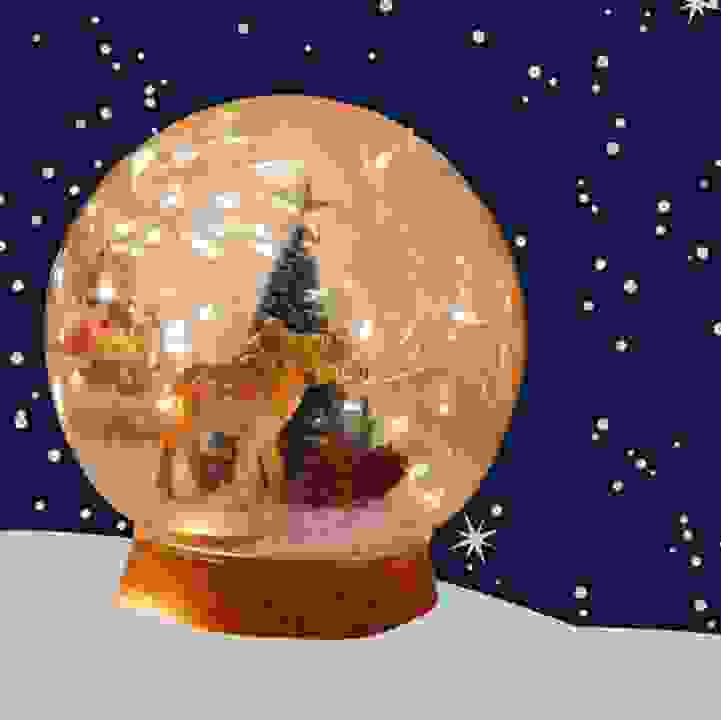 Get Crafty! – Christmas Snow Globe by School of Concepts

Let it snow this Christmas with a fun activity making your own snow globe! 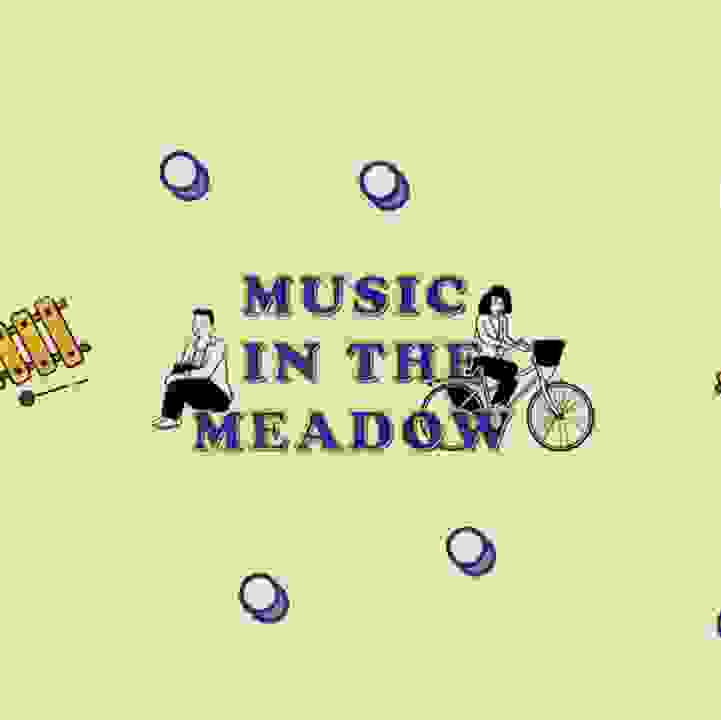 Music in the Meadow

Sunshine, nature and music – breathe in some of the best things in life with the Singapore Symphony Orchestra, performing open air at Gardens by the Bay. Pets and picnic baskets welcome! 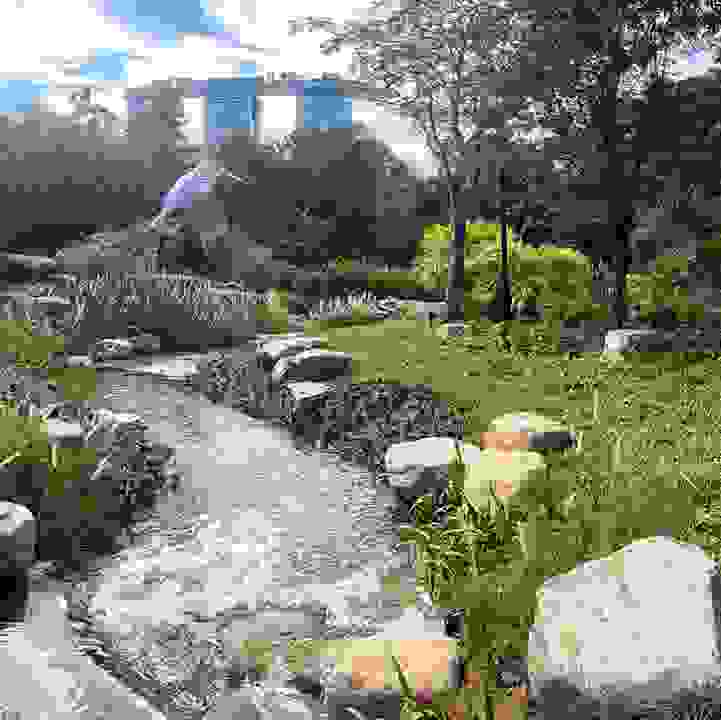 Join us on free guided walks to learn about climate change, biodiversity and sustainable features in the Gardens!