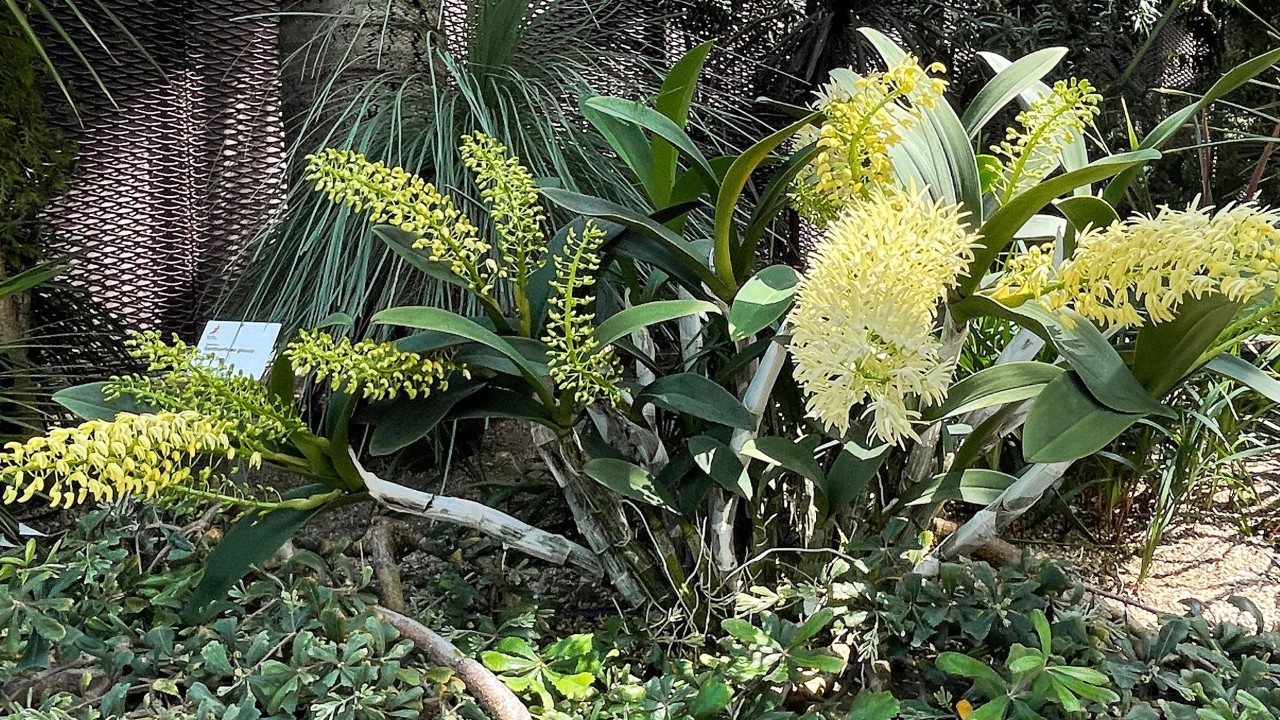 Australia might never be thought of as one of the conventional centers of orchid diversity compared to South America and Asia; while Australia’s 1,500 plus orchid species representing only about 5.5% of the total number of orchid species, it is home to the world’s most diverse terrestrial or ground-growing orchids, about 80% of which are endemic and found nowhere else in the world!

Even rarer are the lithophytic orchids: orchids adapted to growing on rocks and stony cliffsides, of which the rock orchid (Dendrobium speciosum) is an outstanding representative. Not just your average cane Dendrobium, there are nine natural varieties of this species found only along the eastern coast of Australia. All varieties of this species are adapted to bright, almost full sun, low to moderate humidity, coarse, well-draining medium, and breezy areas with good airflow.

The variety we have at Gardens by the Bay, Dendrobium speciosum var. speciosum, also known as the Sydney rock orchid, is one of the most spectacular!  Found between Sydney and Cann River, on rocks in open forest and cliff bases and very occasionally epiphytically, growing on trees, this orchid can bear dozens of 45-cm long spikes, each with over one hundred hyacinth-scented creamy yellow to yellow-green flowers.

Like most orchids, the Sydney rock orchid can take years to flower. Our specimen was planted in 2013, and first flowered in 2020 with just two spikes (left). Only two years later in 2022, the same plant has produced twenty spikes (right) in various stages of development!

Strangely enough, for such a floriferous orchid, the Sydney rock orchid and other varieties of rock orchid are not self-pollinating and produce relatively few seed capsules because they rely on pollinator deception for cross-pollination of their flowers. The Sydney rock orchid produces no nectar reward but relies on the fragrant, musky scent of its hundreds of flowers to attract at least three species of Trigona bee to visit its flowers and while hunting for the nectar that isn’t there, transfer pollinia from flowers of different plants. Fortunately, like most orchids, their relatively rare seed capsules still contain thousands of tiny, windborne seeds, enough to ensure the continued existence of the species for now. 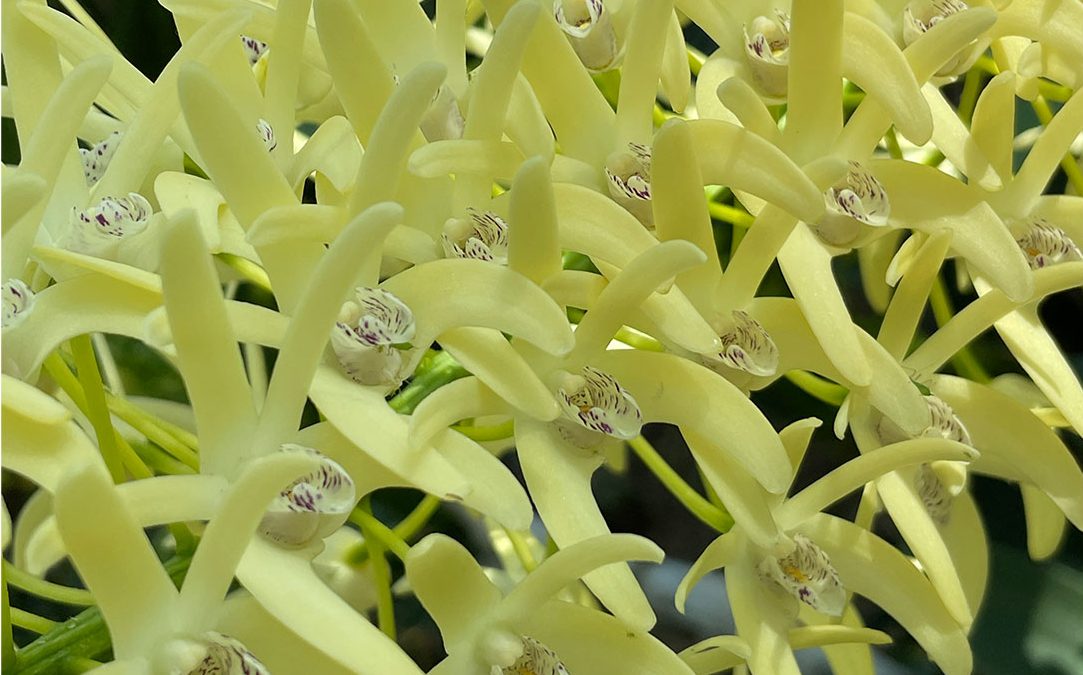 The Sydney Rock orchid can produce over 120 flowers on each of its racemes or flower spikes. How many flowers can you count on just this close-up section of a raceme?

Don’t miss our specimen of Sydney rock orchid in spectacular bloom on your next visit to Flower Dome’s Australian Garden! 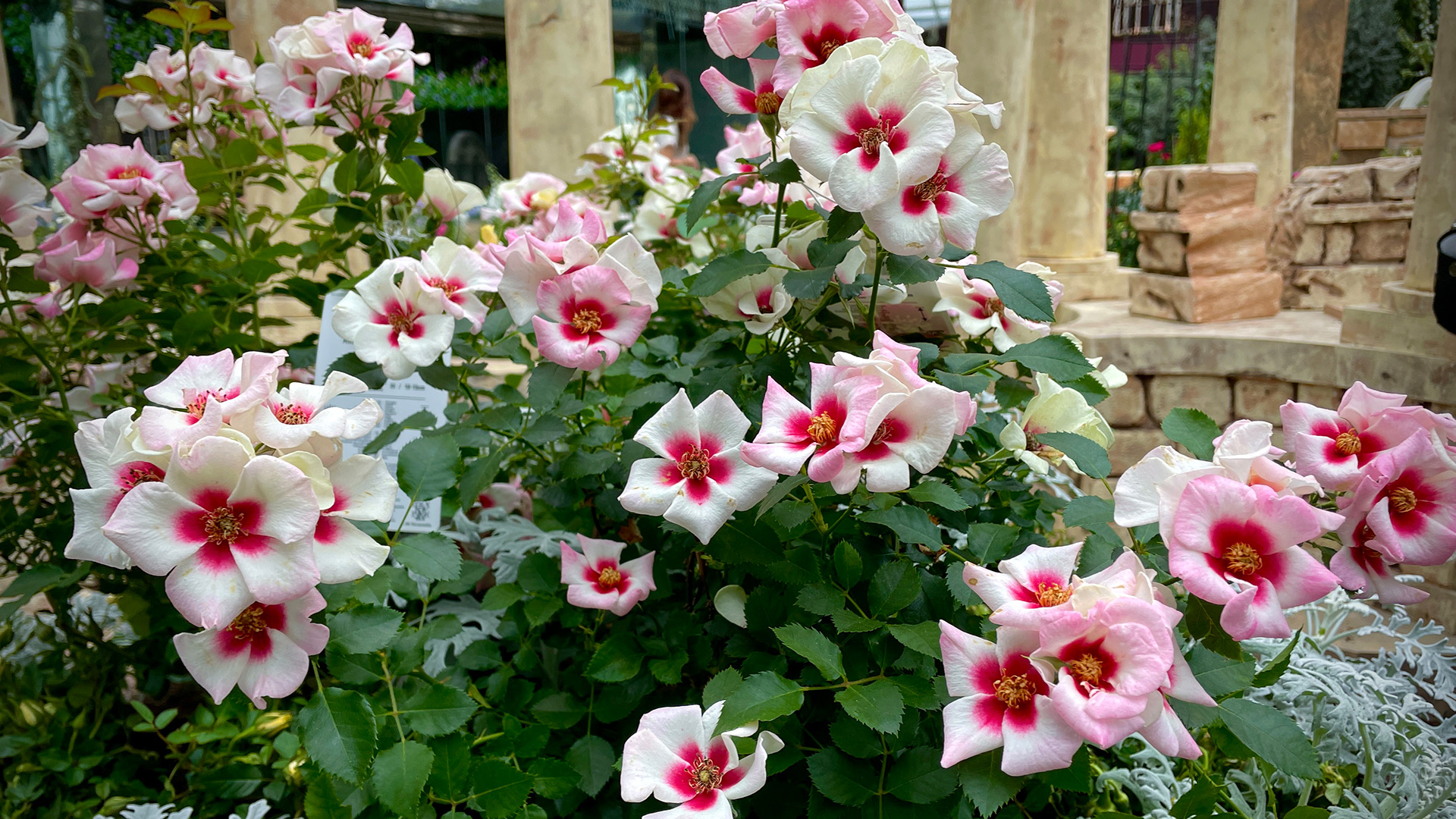 Symbolizing love, passion and romance, hundreds of thousands of rose cultivars have been bred over the years. With its bi-coloured petals, 'Aria Babylon Eyes' is one of the most unique cultivars ... 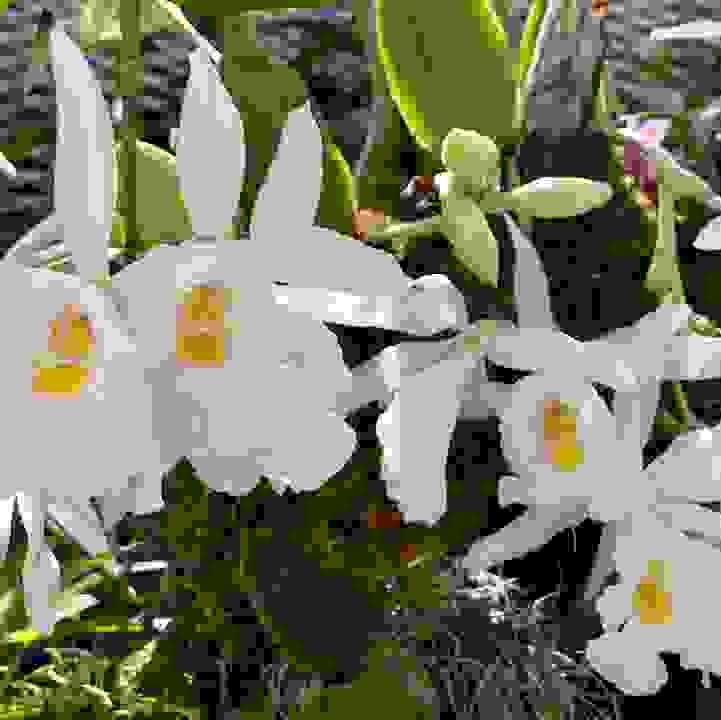 Hennis’ Trichopilia flowers are completely different from what you might have imagined for an Oncidium ally. Yes, it is a close relative of Dancing Lady orchid! 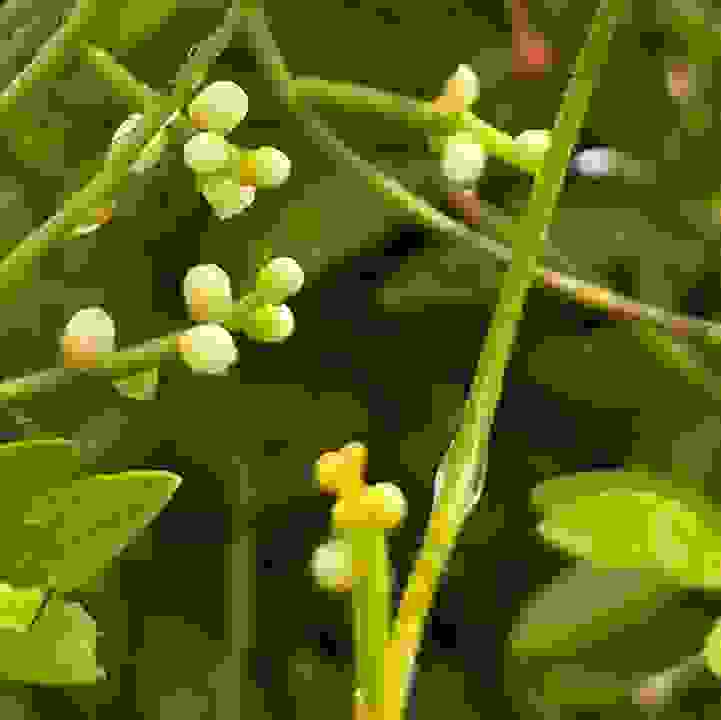 Parasites can be beautiful too! This tangle of orange and green spaghetti is actually a leafless, parasitic avocado relative, happily flowering with stolen nutrients from its host. 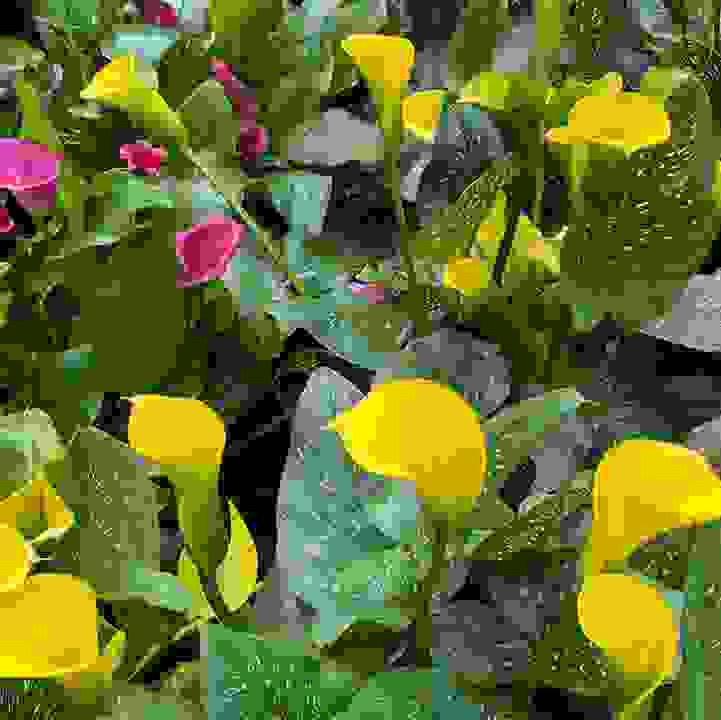 Move over, monstera, there’s a new aroid in town! You may only know calla lilies as elegant, white flowers in wedding bouquets, but they actually come in a rainbow of vibrant colors!