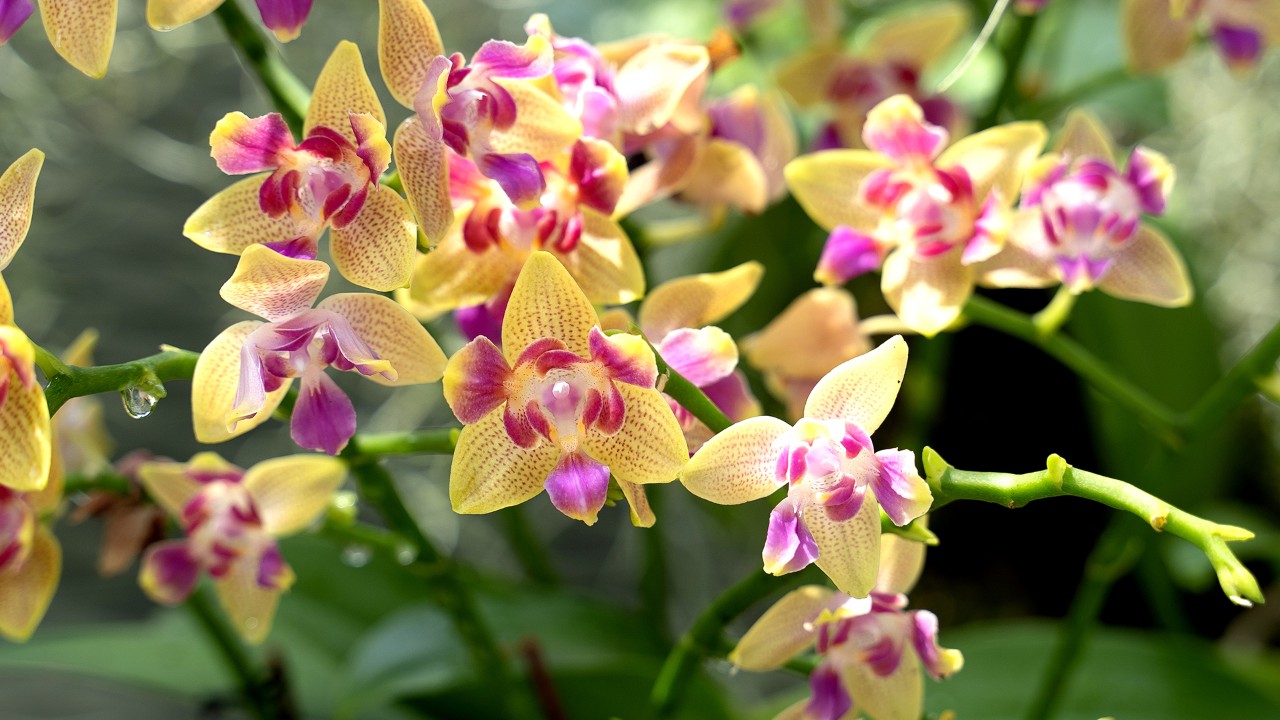 An elegant, popular orchid genus composed of about seventy species and thousands of hybrids and cultivars, Phalaenopsis are favorites of orchid breeders and home growers alike for their easy-growing, free-flowering nature. Native to South and Southeast Asia through part of Australia, Phalaenopsis are monopodial orchids with a single shoot apex, from which grow, large, leathery leaves and long, fleshy roots.

Most Phalaenopsis species are epiphytic, growing on tree trunks and branches, though some may be lithophytic, preferring to grow on rocky, stony areas. Their wide, flat flowers, gracefully arranged on long, pendulous stems, were said to remind German-Dutch botanist Carl Ludwig Blume (1796 - 1862) of a swarm of moths in flight, hence he named the genus Phalaenopsis from the Greek words for moth, phalaina, and the suffix –opsis, meaning ‘like’ or ‘similar to.’ 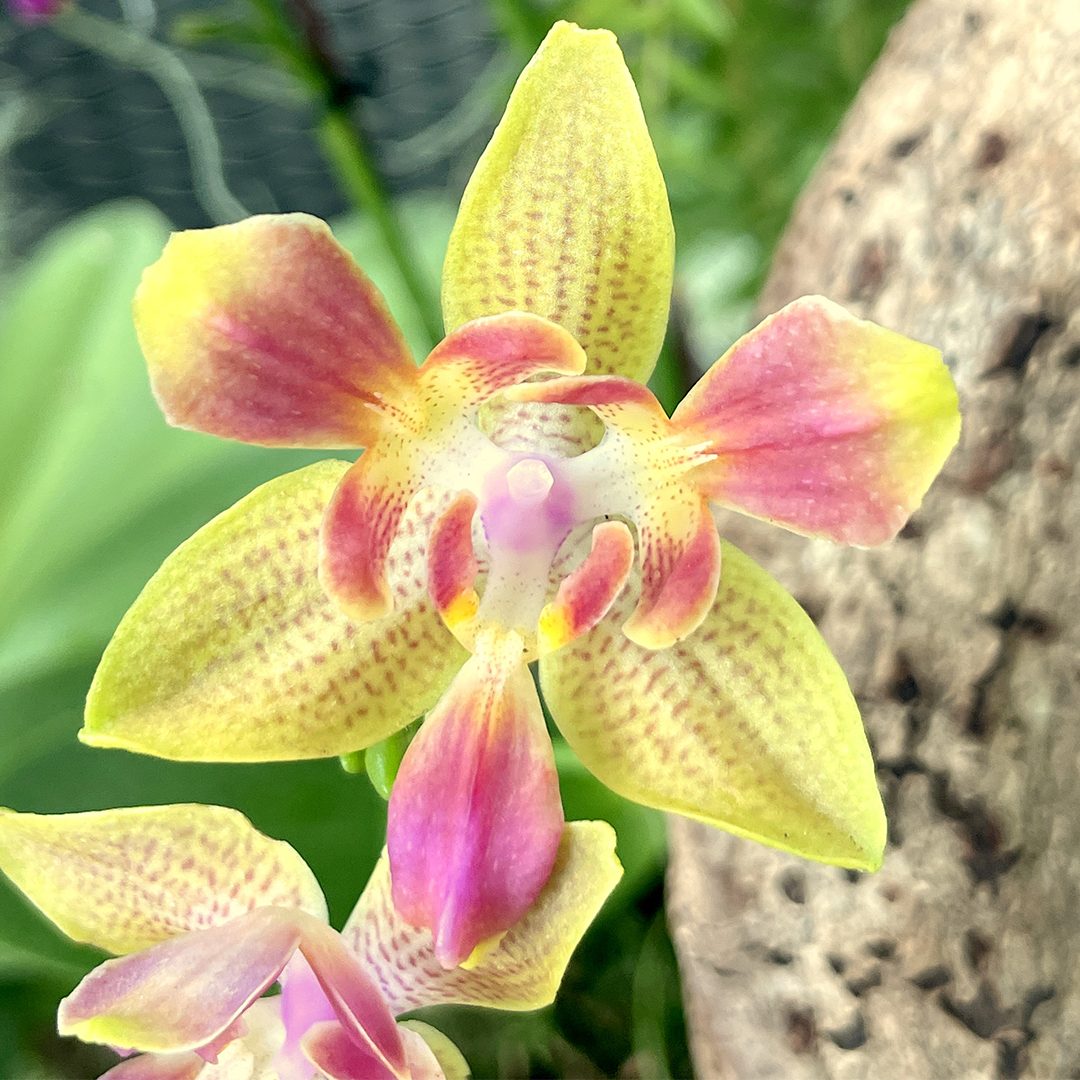 This peloric form of Phalaenopsis Miki Golden Sand has three lip-like petals, resulting in a radially symmetric flower similar in form to a lily or an iris.

While most Phalaenopsis orchids have the typical bilaterally symmetric orchid flower arrangement consisting of three sepals, two petals, and an elaborately modified petal called a ‘lip’, plus the column consisting of the fused reproductive organs, floral mutations can cause some amazing effects!  This particular form of cultivar Phalaenopsis Miki Golden Sand displays a mutation called pelorism, which changes the form of the two plainer petals to mimic the elaborate purple lip petal, giving the flower a pleasing radial symmetry and the appearance of having three lips!

Find Phalaenopsis Miki Golden Sand among the 16 other taxa of Phalaenopsis exhibited at Flight of the Moth Orchid, the new Orchid Haven display in Cloud Forest! 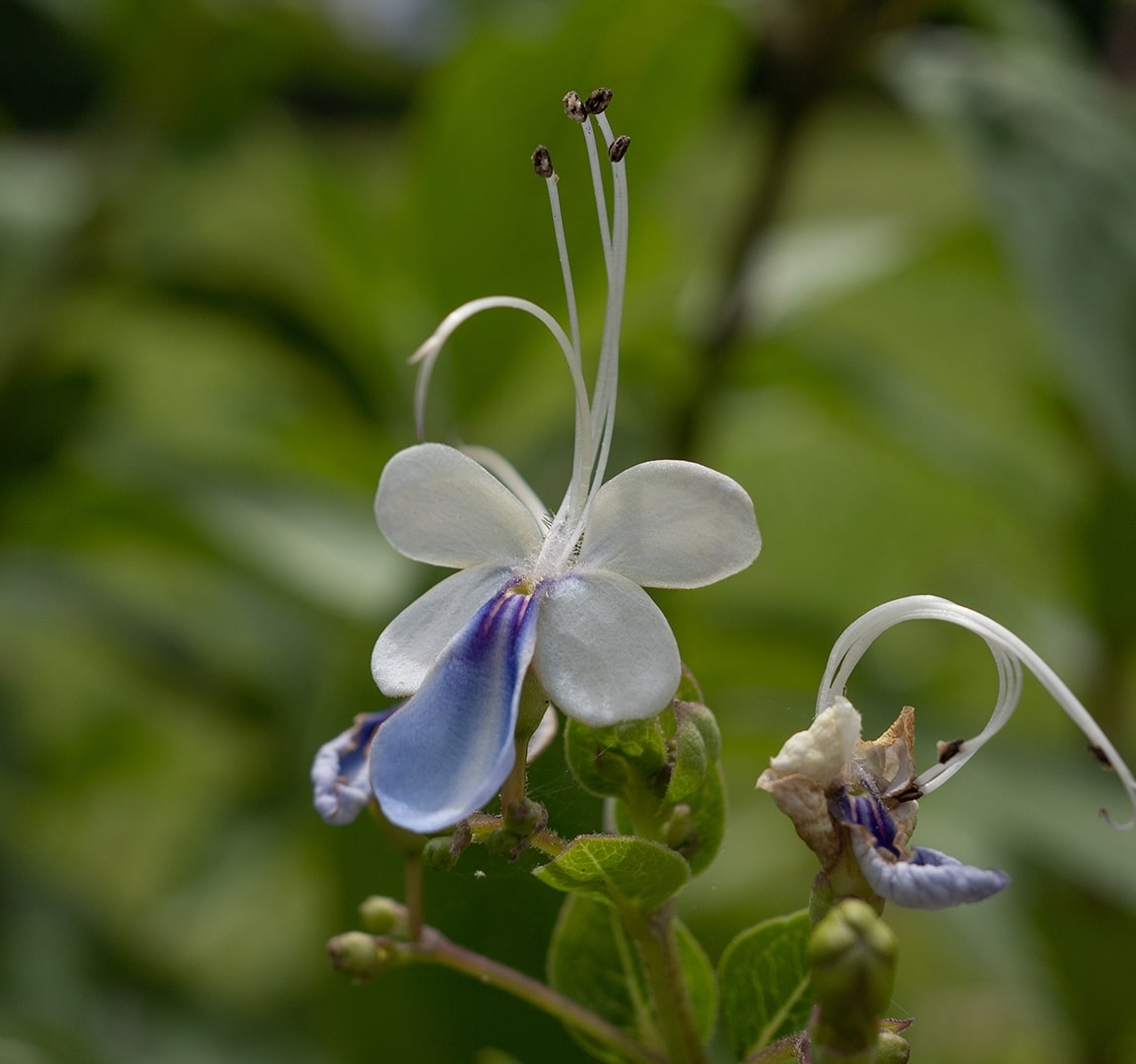 You’ve seen the flight of the moth orchids; here’s one of their daytime counterparts! These flowers not only resemble butterflies, they also provide nectar for their insect namesake. 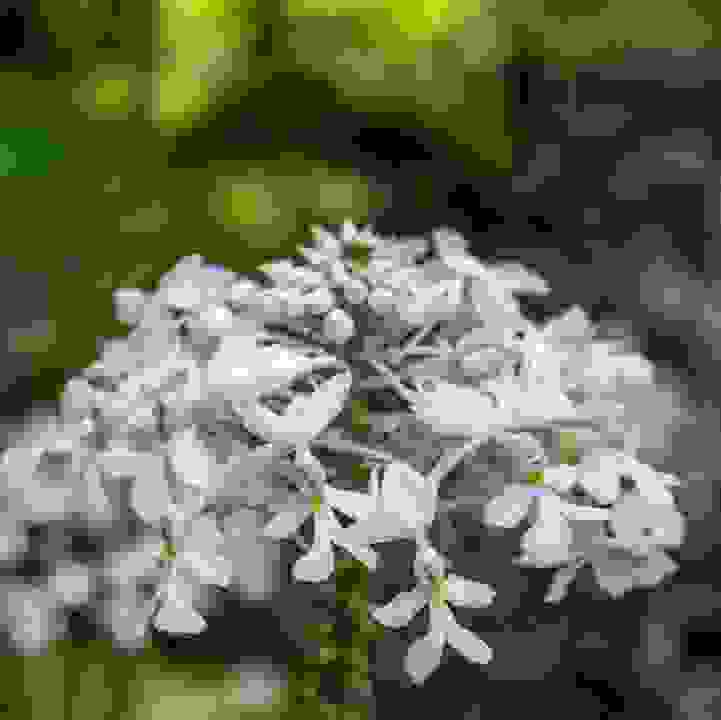 Blooming just in time for this jolly season, the Christmas Orchid is here! Don’t you think these flowers resemble flying white cranes?​ 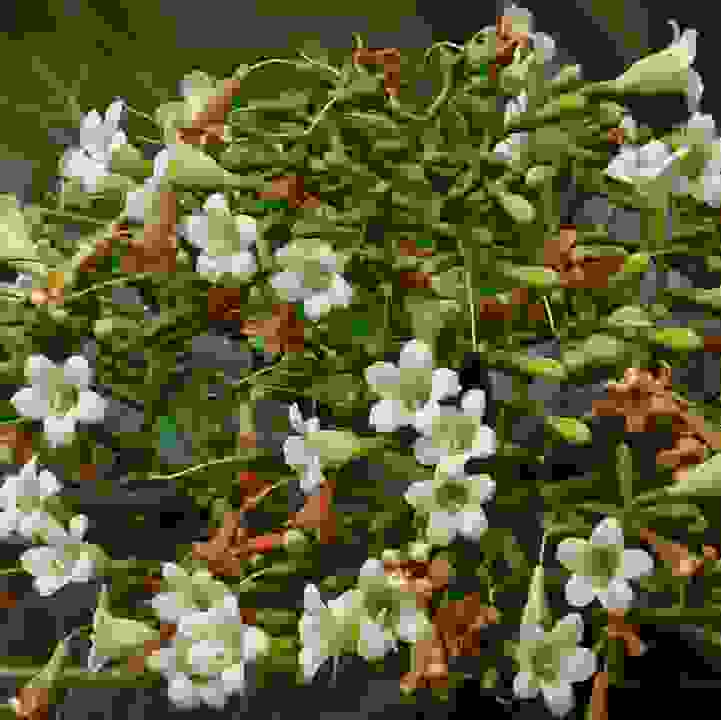 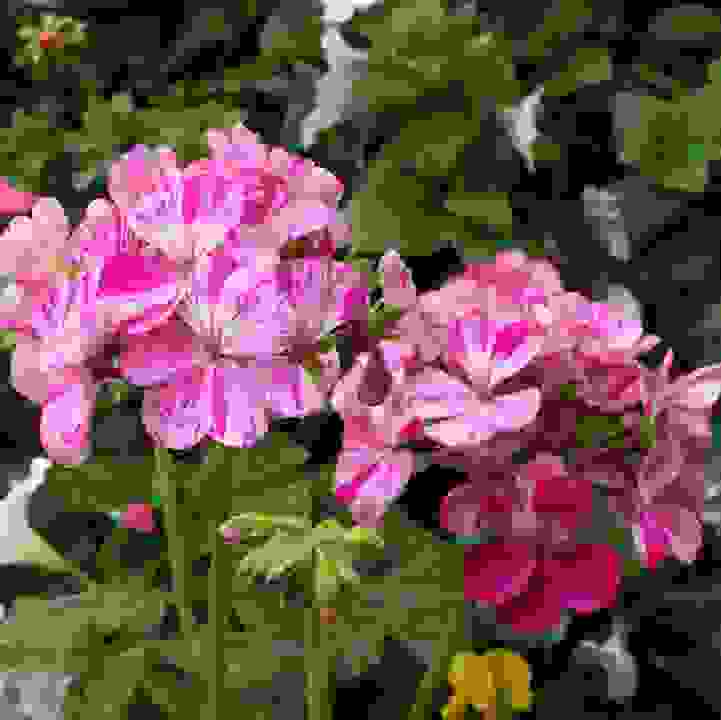 Find out more about these brightly-coloured geraniums, one of the many popular garden plants in Spain!