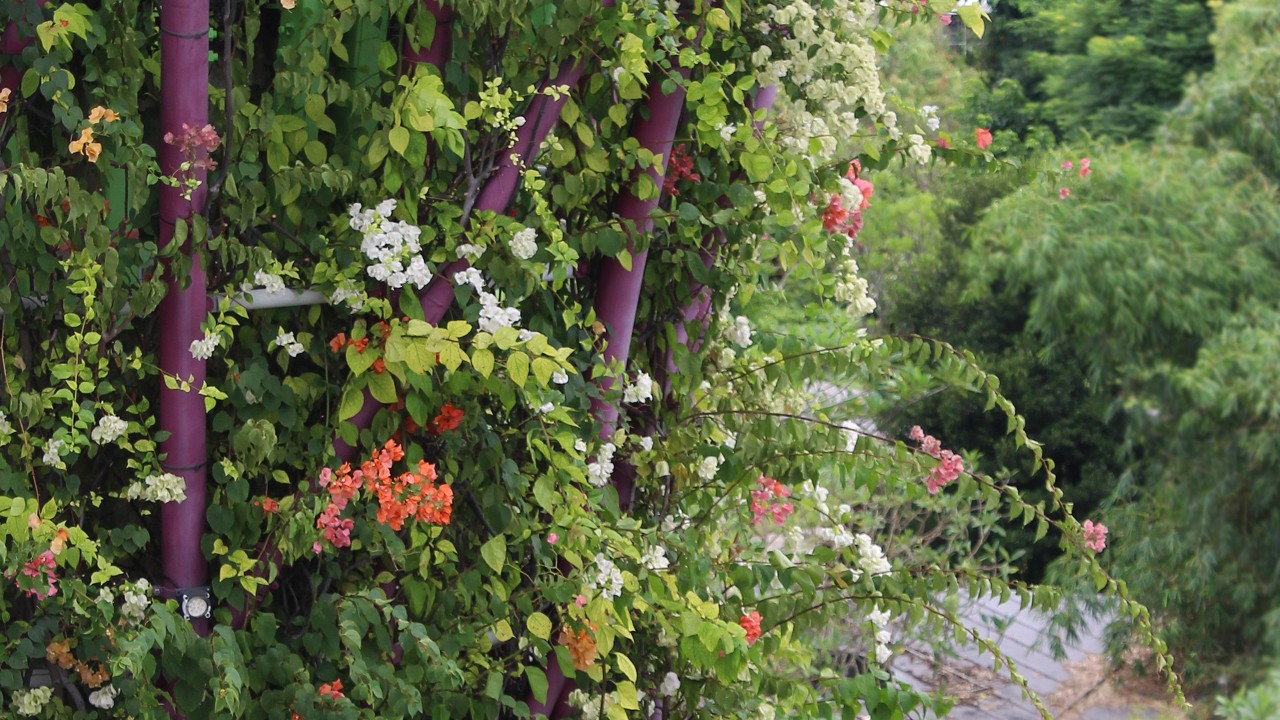 Do you know that bougainvillea are scrambling shrubs by nature? They use their thorny, wispy branches to climb onto trees (or in this case, the Supertrees) and anchor themselves on branches to gain height.

Ask a Singaporean what a bougainvillea is and they’ll be sure to know! This ornamental plant is a familiar sight throughout the country, not only in parks and gardens but also along our expressways and overhead bridges. With over 300 varieties in cultivation, bougainvilleas have been bred to have blossoms in a range of colours from pinks, purples, reds, whites and even yellows and oranges!

These South American shrubs made their debut in Singapore due to the work of Richard Eric Holttum, the Director of Singapore Botanic Gardens from 1925 to 1949. During this period, he introduced bougainvilleas and other flowering ornamental shrubs and trees like frangipanis to add colour to the botanic gardens’ collection. Later in 1967, the “Garden City” program was launched by the late Mr Lee Kuan Yew to plant up the city’s streets, which eventually led to more bougainvilleas being brought in and planted throughout the island. 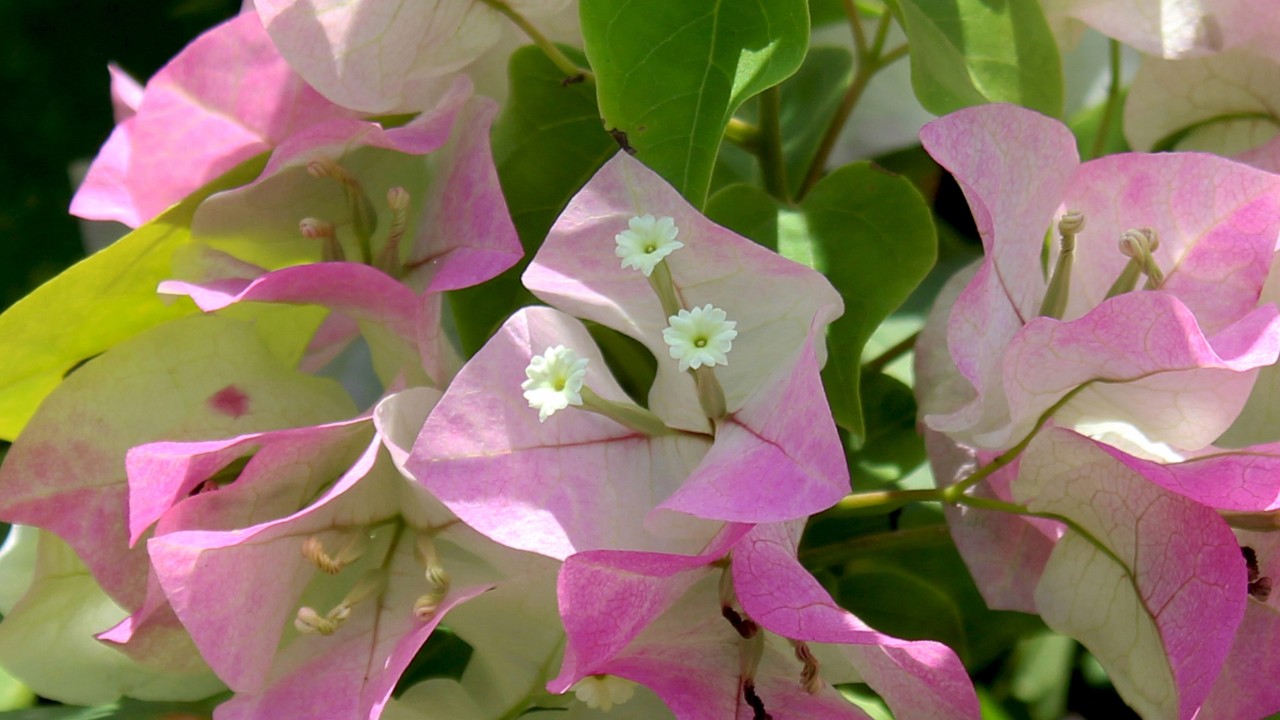 Many people mistake the most colourful part of the plant as the flowers but these vibrant, papery “petals” are actually modified leaves called bracts. The true flowers are white or cream-coloured and are nestled in the centre of these bracts. These bracts may serve to attract pollinators and help protect the flower buds during development. 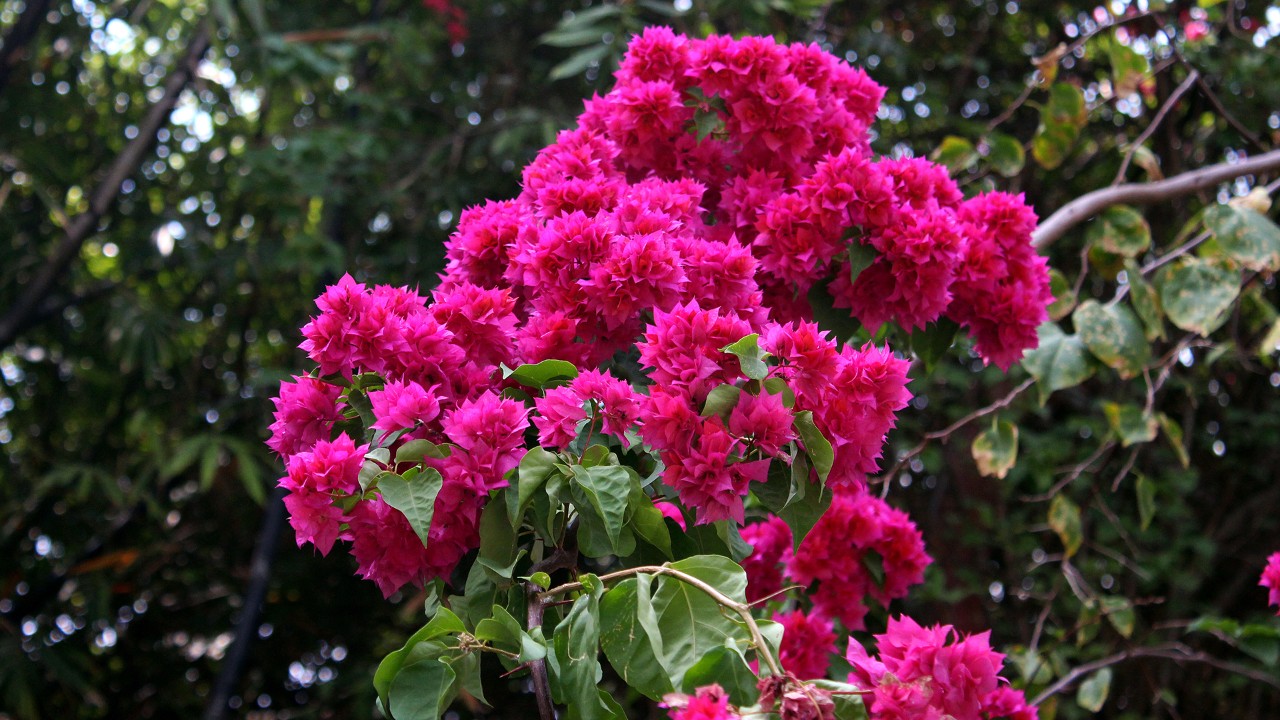 Bougainvillea x buttiana ‘Mahara’, one of the few multi-bracted varieties in our collection. Multi-bracted bougainvilleas are mutant cultivars that form bracts in place of central florets. Having no flowers, they are sterile and are clonally propagated by stem cuttings.

The reason why bougainvilleas are extensively planted in Singapore is that they flower reliably in our hot climate, specifically during our drier periods of the year. These dry periods mimic the environmental conditions of their native habitat: the semi-deciduous and seasonal forests of eastern South America, ranging from Brazil and Peru southwards to Argentina. Other triggers to encourage blooming include limiting their growing space and withholding the amount of nitrogen-rich fertiliser. 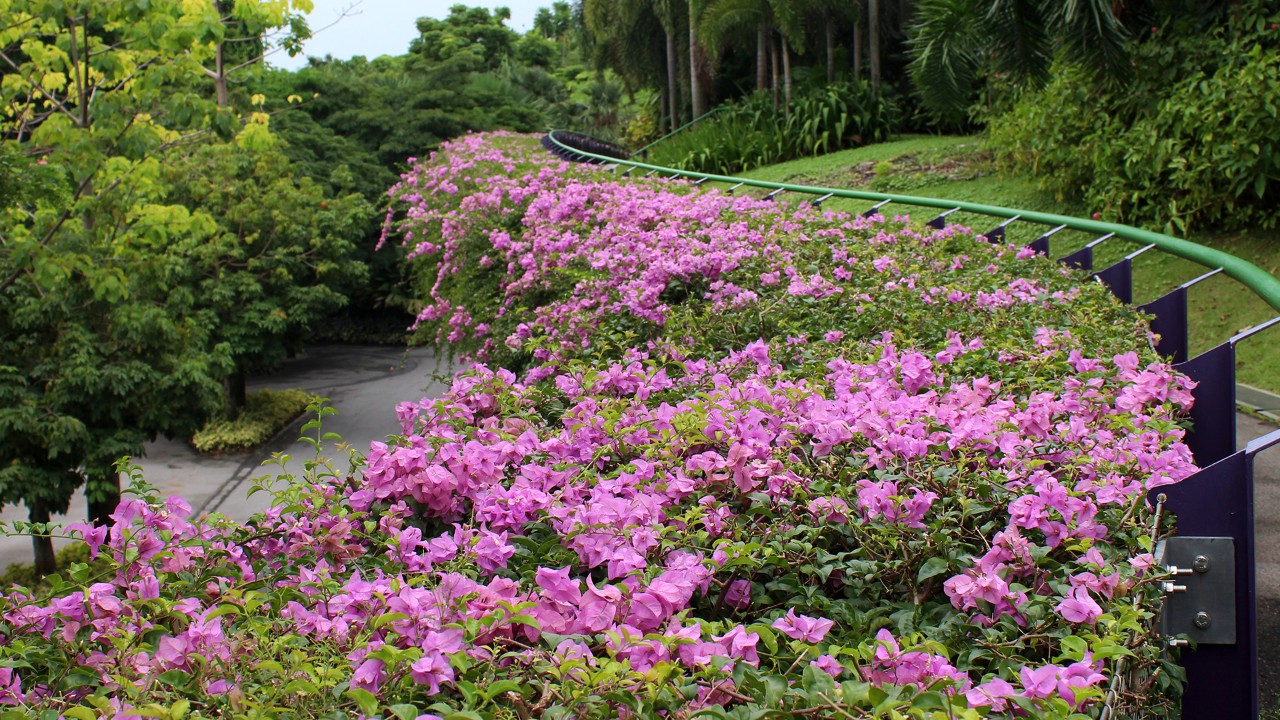 Bougainvillea ‘Mrs Eva’, a pink-bracted variety overlooking the Supertree Grove. This cultivar is commonly used as the plant of choice on overhead bridges throughout Singapore.

Find these seasonal bloomers throughout the outdoor gardens, pruned as a hedge along World of Plants or climbing on the ‘trunks’ of our Supertrees and the trellises surrounding the Supertree Grove. 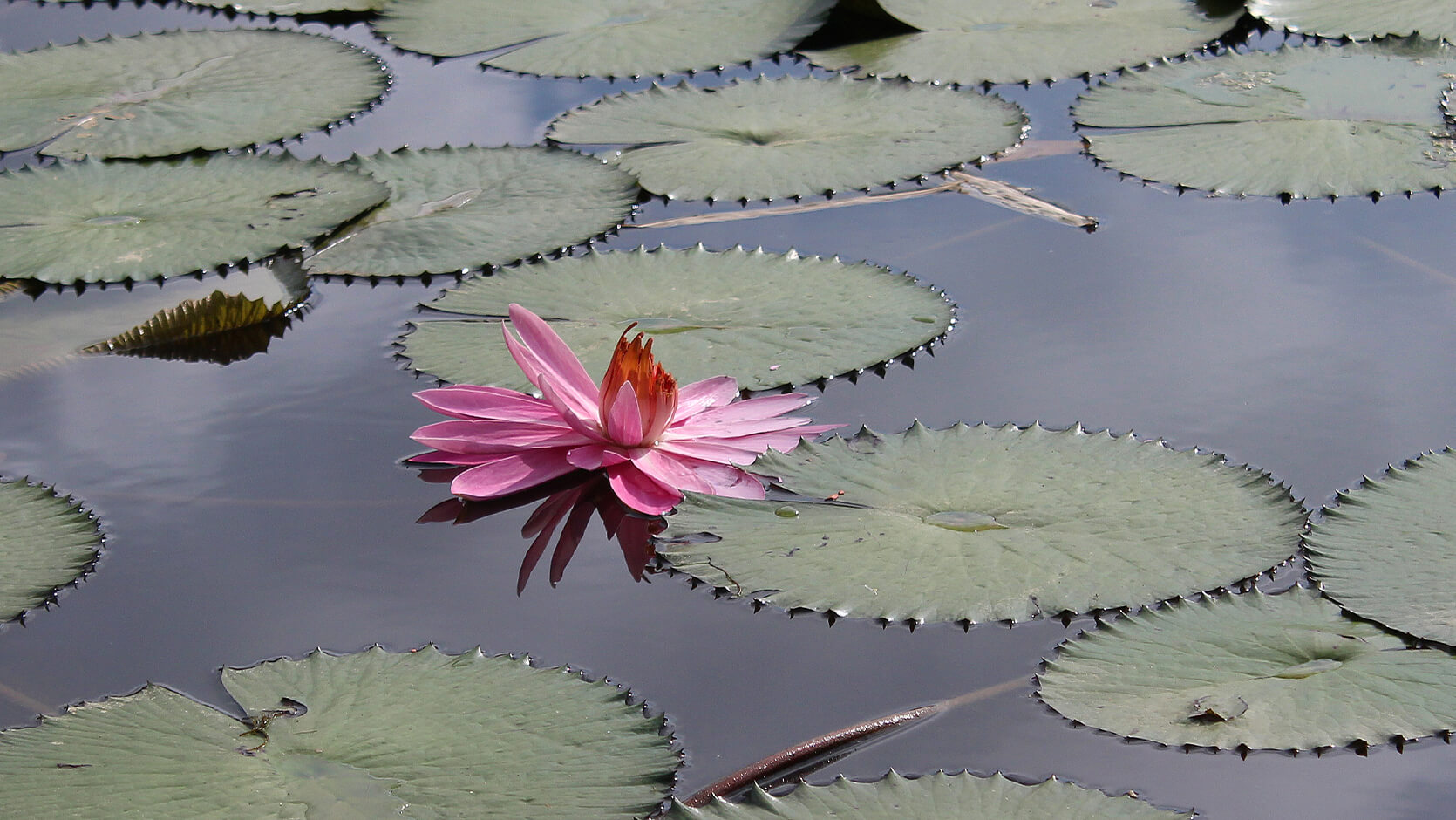 Flower Dome isn’t the only place in the Gardens adorned in pink this season! Standing out above the water, our pink water lilies (Nymphaea cultivars) are currently blooming in one of our ... 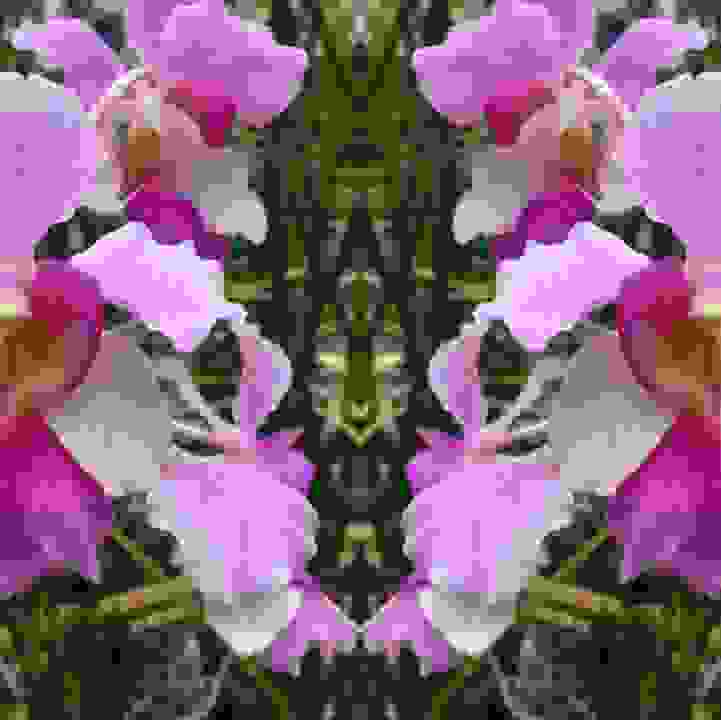 Did you know that Singapore is the only country in the world to have an orchid hybrid, Vanda Miss Joaquim (Papilionanthe Miss Joaquim), as its national flower? 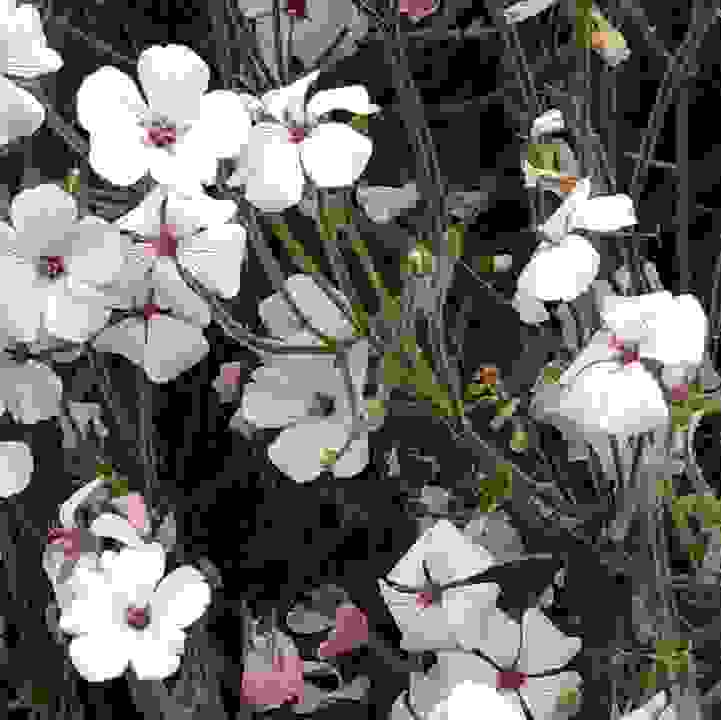 The Madeira cranesbill (Geranium maderense) flowers only once, dying after producing seed. Find both the wild-type pink and rarer, white-flowered cultivar in Flower Dome, where our horticulturists collect fresh seed to propagate this critically endangered